It’s official! Chinese brand MG has finally broken through into the list of top 10 auto brands in Australia with another stellar sales performance in February, handing the keys over to more than 3000 new customers in February.

And it marked a phenomenal increase in volume of 159.4 per cent compared to February last year, when it also doubled its sales from the year before. 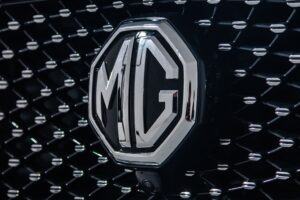 The MG3 remains the top-selling light car in Australia by a long shot, adding 1313 units to its tally last month, while the MG ZS is making its presence felt in the ultra-competitive and fast-growing small SUV segment, where it’s one of the leading players.

The ZS finished third in class last month with 1302 sales, outselling the Nissan QASHQAI (1027) and looming large in the mirrors behind the Hyundai Kona (1323) and the evergreen Mitsubishi ASX (1489). And for the year to date, the ZS – which has in its line-up Australia’s cheapest EV model – is second overall behind ASX.

The only other model in the brand’s range, the MG HS mid-size SUV, found 402 buyers last month (+118.5%) for ninth position in what is Australia’s single biggest-selling category. February was the first full month of trading for the new sub-$30,000 entry-level MG HS Core, and the range has just been bolstered by an update that includes MG’s first plug-in hybrid electric vehicle.

“We’re humbled to make it into the top 10 automotive manufacturers by sales according to VFACTS, but this is not through our efforts alone,” said MG Motor Australia CEO, Peter Ciao.

“This is a momentous milestone for MG in Australia – and it’s all because of our customers. MG is built on the premise of listening to our customers first and foremost.”

“Whether it’s about value, or the technology they want in their new car, they are at the forefront of everything we do. Our whole focus is giving value to our customer.”

“MG owners have put their trust in our brand and our products, and this is an honour and a privilege we will not take for granted. We are proud to offer Australians another choice, and they have responded.”

This article originally featured on carsales.com.au and can be viewed here.