MG has a replacement for the ageing GS. With more space, more tech, and a sharp starting price, it’s here to take on the strong-selling CX-5 and RAV4. 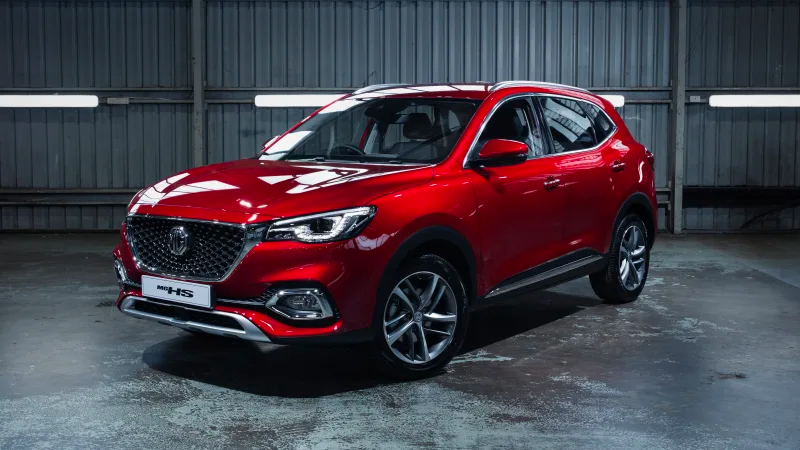 The MSRP for those two models are $29,990 and $32,990 respectively, and the HS replaces the previous GS that Australian buyers will be familiar with.

Danny Lenartic, MG marketing and product director, is positive about where the brand is headed in Australia.

“The Australian market has helped us to continue to grow in what has been a challenging year in Australia,” he said.

“We’ve had opening orders for our first electric model, we’ve opened our flagship store here at Sydney City MG, which is located in an automotive hub and it’s also our spiritual home in Australia.”

“The HS is our new flagship, the most stylish, savvy and our most refined vehicle to date,” Lenartic went on to say.

“The level of tech is unparalleled by any previous MG model launched in Australia, it will be available in two specifications, and is designed to be purposeful, sporty and at home on Australian roads.” Despite initial speculation that a 2.0-litre engine might power the HS, it has launched with a 1.5-litre, turbocharged four-cylinder engine that generates 125kW and 250Nm and is mated to a seven-speed twin-clutch transmission.

Crucial safety assistance systems have been included on the HS, and the headline act is ‘MG Pilot’, which is standard across both variants. There’s a visible radar mounted in the front bumper and a camera at the top of the windscreen.

The HS does have cyclist detection as well and has been put through ANCAP testing, but MG isn’t reporting the rating at the moment.

Inside the HS cabin there’s a flat-bottomed steering wheel, while the Excite gets a Super Sport mode activated by a steering wheel mounted button. It increases throttle response, shifts at higher RPM, delivers more precise steering, and the ambient lights inside the cabin change to red.

Both models have steering-wheel-mounted shift paddles and a 10.1-inch touchscreen. Excite gets standard on-board satellite navigation, while both variants are Apple CarPlay and Android Auto compatible.

The MG HS will come with MG’s seven-year/unlimited-kilometre warranty and roadside assistance for the same period.